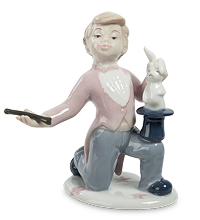 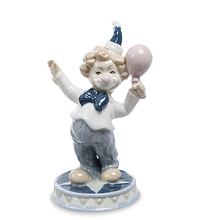 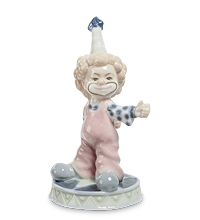 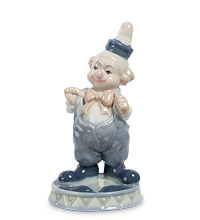 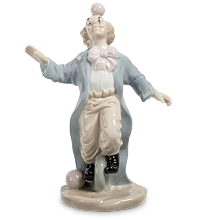 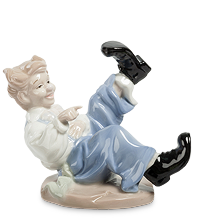 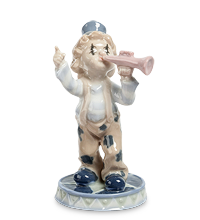 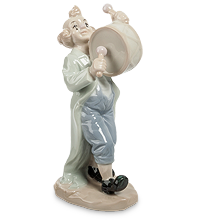 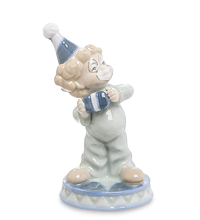 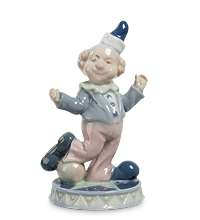 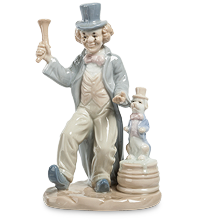 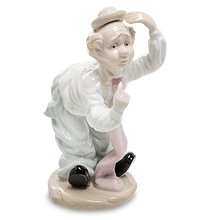 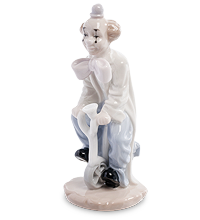 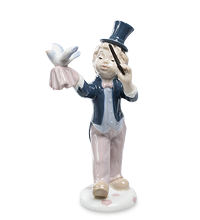 The first porcelain figurines produced in Europe initially imitated traditional Chinese themes. Not long after, however, the Italian masters began to use imagery that was more familiar to Europeans. So then there were porcelain boys dressed in the European fashion of the time, soldiers in bright uniforms, girls in colorful dresses, and fairy tales characters, like porcelain mermaids, elves and gnomes.

One of the most popular figurines were ones depicting characters in the style of Italian street comedy called "commedia dell'arte”—the famous characters being Harlequin, Brigella, Pulcinella and others. Over time, the street comedy gave way to professional theater, but the beloved charismas of Harlequin and Pedrolina (Pierrot) are still used in circus performances.

Today, after three hundred years, porcelain clown figurines still have not lost any of their charm; only their characters have changed a little.

Modern porcelain clowns are more cheerful and kind. They do not take part in societal commentary, ridiculing and denouncing social disadvantages, as did the street comedians. They just try to provide a cheerful atmosphere.

For many people, porcelain clowns are a reminder of the carefree and fun days of their childhood. Just put one in a prominent place, and you will notice an improvement in mood and perhaps even a smile on your face.

If you are choosing a gift for a friend, acquaintance or colleague, you can get a clown figurine. The tendency to buy serious and practical gifts for festive occasions tend to defuse the mood, but this cute will fit right in. You’ll probably agree that it’ll be a pleasant surprise to receive this souvenir than another bottle of cognac or more perfume.

We have a wide range of clown figurines, made ​​from famous high-quality Pavone porcelain, for sale. If you are looking for a unique gift, pick a clown figurine from our catalog. We also offer the opportunity to order products in bulk. This proposal is especially attractive to entrepreneurs and traders who want to expand their range of products.

We cooperate with many specialty shops in Moscow and other cities, supplying porcelain to small and large parties. If you want to order our wholesale porcelain clowns, you can contact us and stipulate all desired conditions. We look forward to mutually beneficial partnerships